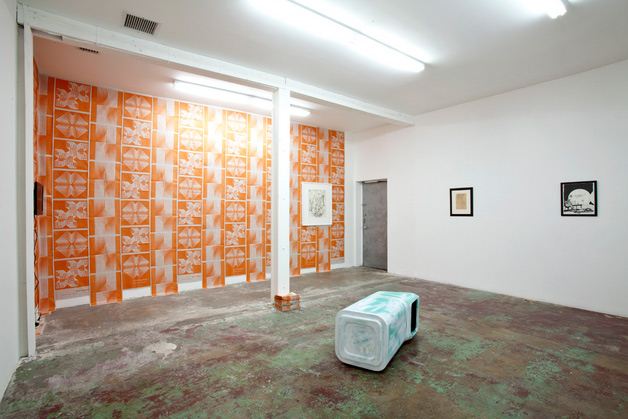 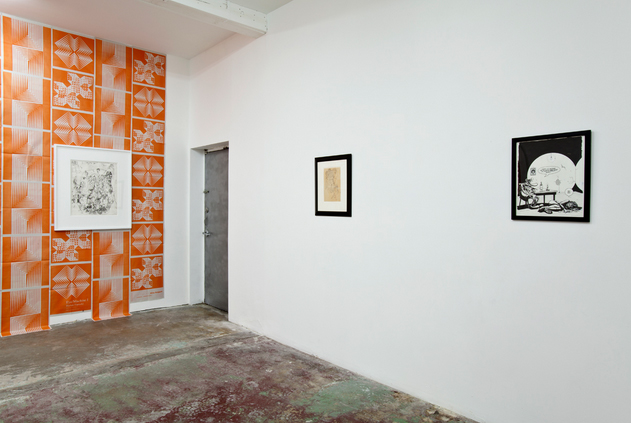 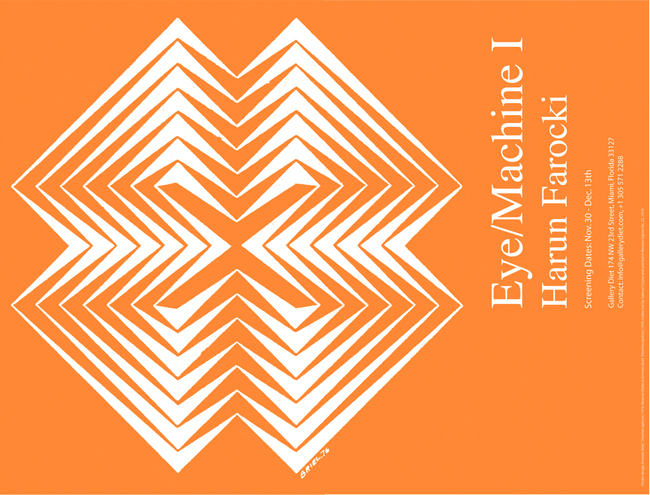 Khamsa-izm
Gallery Diet
http://gallerydiet.com/2012/03/21/khamsa-izm-organized-by-nicolas-lobo/
November 30th 2012—January X, 2013
Organized by Nicolas Lobo
An exhibition in which the moral circuit between the eye and the hand is traveled.

Featuring work by: Kenneth Tam, Martijn Hendriks, Alyse Emdur, Harun Farocki, Bill Daniel, Peter Bagge, Unica Zurn, Daniel Newman,Emmett Moore, and The Tabloid by Gean Moreno and Ernesto Oroza.
Can the eyes project evil? What does the act of looking do to affect the things we look at? If the eyes function as a deterministic mechanism for the actions taken by the hands, it seems to be a very difficult mechanism to negotiate.  The works included in this show interrogate the moral tension between the eyes, the hand or may be simply a result of the pressures of both.
One can sit on Emmett Moore’s bench: a toppled fiberglass trashcan in the center of the exhibition space.  The trashcan is painted a saturated aqua color and its design suggests origins in a theme park or outdoor mall from the mid 20th century.  Describing an act of delinquency by a hand in an environment we can imagine with wry familiarity, the seating sets the tone for what is to be viewed from it.  For example, in Harun Faroki’s filmEye/Machine, we see images taken by the machines of war themselves; the pictures don’t quite fit the rubric of propaganda. Instead the film suggests a policy of image-making that may have eclipsed the other functions of armed conflict.
Where we can see these ethical traces we may be tempted to follow the morality described by them.  First we should consider not only the images but also how they are seen. What ethical modifiers are the viewing conditions?  Can the eye inflect these hand marks with its own possibly deviant urges?