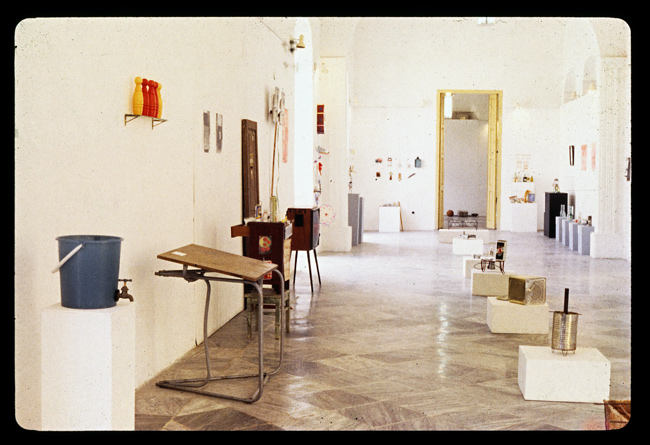 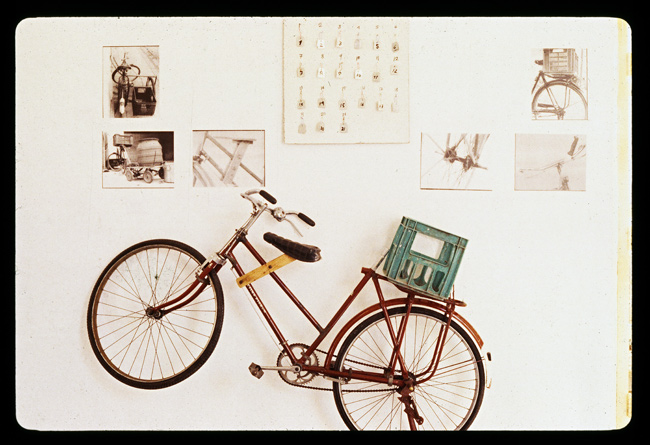 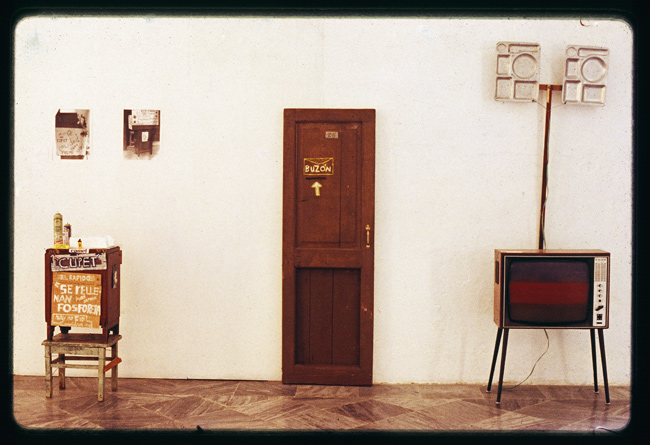 The work of the Ordo Amoris gets particular attention by virtue of the relationship between design and society under the current cultural and economic circumstances in Cuba. It is based on a process that intensifies the semantic value of objects, mainly functional -like the objects in Agua con Azúcar (Sugar Water) exhibition- or eminently communicative like the ones in the Muestra provisional (Provisional Show) exhibition. By this means, Ordo Amoris activate a design concept; an action aimed to make sense out of a social production, by its insertion in a communication system that is previously codified.

Agua con Azúcar exhibition is a sample room of the spontaneous solutions given in the face of the industrial insufficiency, the flourishing of popular marketplaces and small private industries, as well as daily life difficulties. On the other hand, the Muestra provisional exhibition consisted of articles specifically designed in order to achieve a functional and symbolic adaptation between the object and the context to which is aimed, or from which has arisen. Both, in their peculiar quality, point out the necessity of strengthening the subjection of Design to a social experience.

What Ordo Amoris presents in Agua con Azúcar for instance, are not a group of works, but evidences and documents. Not so much the result of a “creation” process but a provisionally conclusive stage of an investigation on the crossover of different aesthetic and functional areas. Thus, it is not interesting to look an exact definition now for Ordo Amoris’ activity. They move from art and design to sociology, but not looking for a space where to be placed, but looking for the place where those spaces meet. The result is useful to appreciate (also in a playful way) the objectuality generated by the contingencies of daily pragmatic needs, as well as to understand an artistic production which prime characteristic is already the recycling of non official fragments of the nation´s culture.

This specific work of Ordo Amoris, claim for a more realistic and pragmatic Design. A practice based on a concept that condenses the socio historical experience. In the Muestra provisional, the concept of the provisional is developed as a characterization of the social attitudes towards labour, in a moment also socially marked as “special” (Special period), that is to say, not definitive. So that Ordo Amoris’s pieces, come signed with an aura of transitoryness, not for the simple fact they will be drained by their use, but because even the needs that originated them are supposedly transitory since the society is called to eliminate them.

By looking at both exhibitions, it is understood that a search on identity traces in Cuban Design (particularly in advertising) is innocuous if Identity is not understood beyond the symbolic; defined within the social attitudes towards the actual conditions of labour and consume where man interacts with realm. The “Cuban Thing” in Design, can turn into a deposit of irrelevant signs, if not taken into account their anthropological and historical dimension. Precisely, Ordo Amoris’ semi-archeological work comes to rescue both dimensions for Cuban Design.

If not examined carefully, Ordo Amoris’ work takes the chance of being consumed as a catalogue of folk art. To a person who comes from an industrial society this reality may seem very healthy, not just in the ecologically, but also psychologically. In a way, it could be therapeutic, to try to re-discover the fire, the electricity or to re-invent the wheel, a therapy would re-affirm the individual whose reality suddenly collapsed into a crisis. For the local expectator who is mostly a user of this emerging objectuality it is a more direct way of identifying themselves in the things they uses and reproduces. At the same time, The work of Ordo Amoris suggests nostalgia for an uncertain future, which we think we might have already lived in the past, in a dream of comfort and technological development.