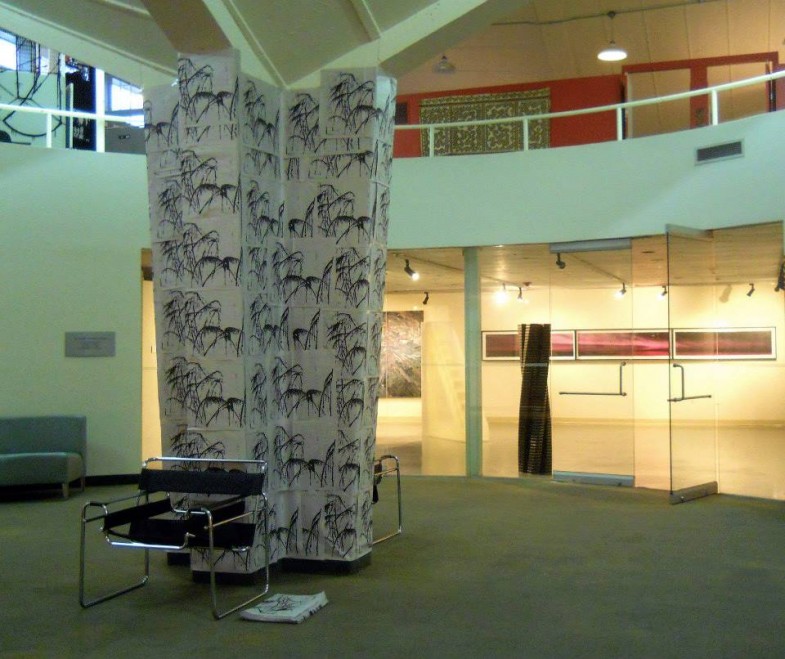 The reception will include a special performance by artist Carmelita Tropicana.

Cuban America: An Empire State of Mind includes over 35 contemporary artists of Cuban descent, who have been raised in the States or in Cuba. In this groundbreaking exhibition, a myriad of themes are inspired by America: as the familiar homeland for second and third generation children of Cuban parents, or as the distant, imagined place that has historically empowered diverse ideologies on the Island. In a wide range of perspectives and styles, the United States can be both the backdrop, and the protagonist in diverse narratives. These views, rarely put together, portray multiple landscapes of the concept of empire, so easily associated with both countries, while the works in this exhibition add to the construction of a fresh, as well as complex, image of America: a Cuban America.

Social, cultural, and political discussions are brought to the table while old stereotypes associated with America or Cuba are revisited. In contrast, other artists explore everyday life, make abstractions, or focus on the materials themselves, influenced by nature or the environment. Some artists in the show use contemporary or historical images of American icons and symbols; others draw on remembrances of a distant Cuba that somehow defines them. Cities and their architecture find their way into the work along with imaginary locations.