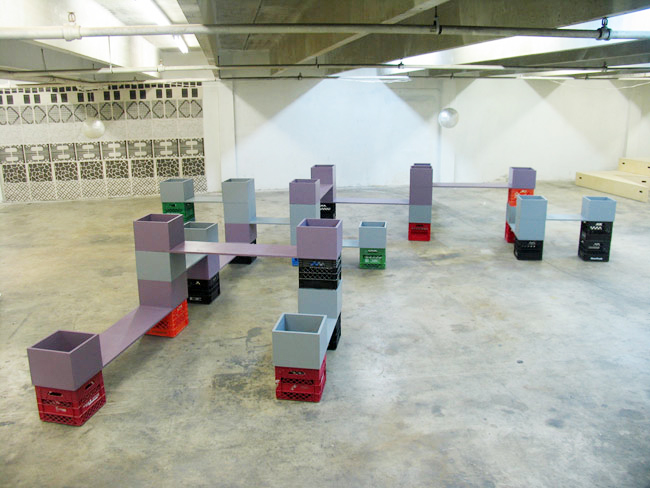 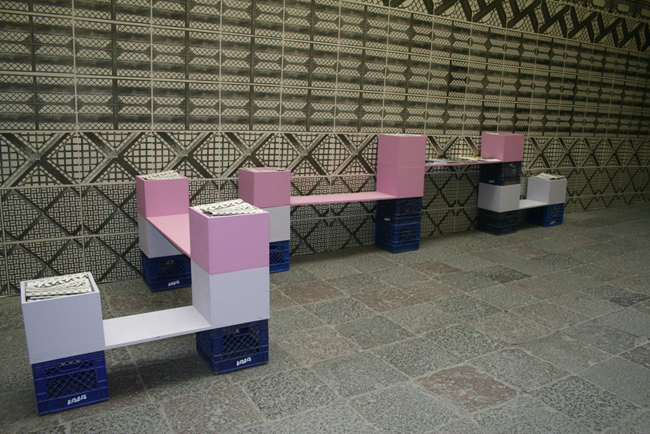 Jenny is part of a series of projects that explore objects that have been taken out of the infrastructures and circulation systems for which they were designed, and have subsequently been employed in unexpected ways. The goal of these projects is to recognize and record the new logics that are applied to these objects, while, at the same time, attempting to push further the productive and re-purposing impulses that underscore them.
Jenny is a modular unit that exploits the stackability of milk crates in order to optimize the use of these objects and to produce functional architectural spaces. It has been used as screen room seating, a display structure, and a bookshelf.
Jenny comes in two sizes: 48” and 72”. Each sized is indexed by a different color.

A text on generic objects was published in E-FLUX JOURNAL 18. 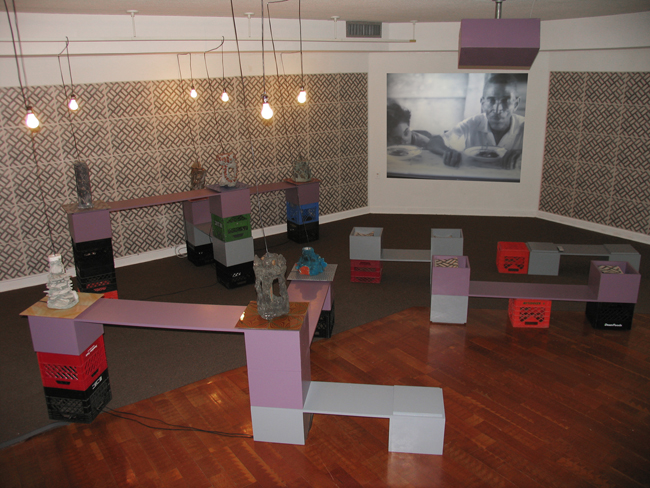