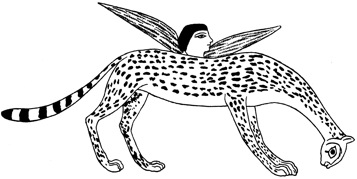 1.  One imagines there was a time when there was no separation between Animal and Human. Perhaps at this time Human is not even what we call a human, having no capacity for self-reflection. Human has not yet learned to distinguish or fabricate a hierarchy of life, and sees itself as an integrated part of its environment.

3.  Human relates to Animal as Other. It defines itself by traits it sees in Animal, and, conversely, it assigns it’s own motives to the actions of the animals around it. This recognition of the aliveness and difference of animals establishes Animal as a resonator of Human’s own curiosities, fears, desires. Human creates elaborate myths, using Animal as characters, which explain Human’s identity and the workings/origins of the world around it.

4.  Human’s definitions push it to the top of a created hierarchy. Through it’s recognition of patterns, Human learns to utilize and take advantage of it’s surroundings, including Animal. Whereas before there existed a fluidity in definitions between Animal and Human, Animal is now resolutely banished to the realm of the lesser Other. Irrigation, practical domestication and reaping the fruits of the land are the new relations between Human and Nature. Nature becomes a fearsome opponent with which Human competes, gains and loses ground, and is consistently held at a distance. Animal is broken down into two pieces: domesticated (a tool) or wild (a threat.) With these two pieces come a string of other associations: good/evil, strong/weak, cute/ugly, pest/pet.

5.  Human develops technology to the point where Animal is no longer necessary for means of production, other than providing flesh. Through technologies of packaging, distribution, industrialization and representation, Human is now divorced from its means of survival. Animal now appears in Human’s world as a fetishized object in zoos, children’s toys, mass media and as household pets. Animal is trained, tortured or recreated to fit Human’s conceptions of it. As in an earlier stage where Human used Animal to define itself through myth, Human again defines itself through the image of Animal. Unlike this earlier period, Human now sets the rules; it creates and abstracts Animal to mirror it’s own narcissism, insecurities and self-obsession. The household pet is trained to mimic Human love, the zoo animal sanitizes the wild and the cartoon animal socializes Human’s children. The impala becomes a fast car, the panther becomes a sports team and the crocodile becomes plastic shoes.

6.  Just as Animal has found itself marginalized and mocked within civilization proper, Human has found itself placed in a similar position. It too has had its image and voice usurped, while its attempts at true expression are relegated to the lowest and outer levels of popular acceptance. Once the methods that have been utilized to explain, legitimize and justify a system of homogenization have been rejected, the marginalized Human/Animal  is left groping in an empty wasteland of meanings and definitions. The survival of Animal and Human as true autonomous beings is intimately connected. Urban animals survive by using the refuse of the world that is trying to destroy them and the marginalized Human must also create sustenance out of what is deemed trash. Through the destruction of the walls which confine Human and Animal from each other and the recognition of parallel needs, Human gains insight into it’s true position as yet another beast, unfit to live in the “human” world.

A Day in the Death– Andrew Strasser 3:26 min

INTERMISSION? (Lets have a vote!)

Reptoid Schmeptoid (a song for the gods)– Chris Rice