The Nightclub invites you to Marakka 2012, the ninth of twelve events involving a network of artists, producers, and art students. Its aim is to create dialogue within a diversity of art practice through curated exhibitions showcased in a one—night venue. 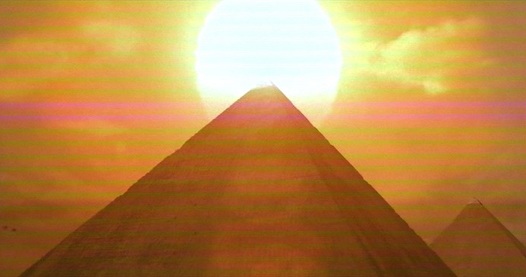 Since 1983, Waldo Fernandez has been assembling an archive of Cuban audiovisual memory. The collection–which functions commercially under the “Marakka 2000” brand–relies and exploits a loophole created by current Cuba-U.S. diplomatic relations, and is sustained by a precise and astute understanding of current procedures regarding the protection of copyright in the U.S.

Each generation of emigrants has put its own nostalgic claims to the archive, which has more that 14,000 objects. Waldo has processed all this material in order to add new credits, remove sensitive copyright issues, and even re-edit the dramaturgical time and pace of serials and soap operas in order to adjust them for suitable commercial formats. The pinnacle of the archive lies in the documentaries that Waldo himself has directed and edited using video clips and sounds from his collection.
“Marakka 2012” is a revision of “Marakka 2000”. From our perspective, Waldo’s archive is above all else a registry of its own constitution. A repertoire of source formats, a history of the transfers produced and the copying technologies employed. A deposit of all the available resolutions of the last 70 years. A monument to piracy, to the glory of anti-macrovisions.
Featuring: Waldo Fernandez “Marakka”
Above image: Courtesy of Ernesto Oroza

The Nightclub is a collaborative art endeavor that initiates and supports critical exchange of ideas in art and cultural practice and the active development of artists, in-situ exhibitions and talks.
Artistic Director Angela Valella in collaboration with Odalis Valdivieso.
The Nightclub
The Nightclub programming is made possible with the support from the Miami-Dade County Department of Cultural Affairs and the Cultural Affairs Council, the Miami-Dade County Mayor and Board of County Commissioners, and DACRA. Special thanks to Tiffany Chestler and Gustavo Matamoros.