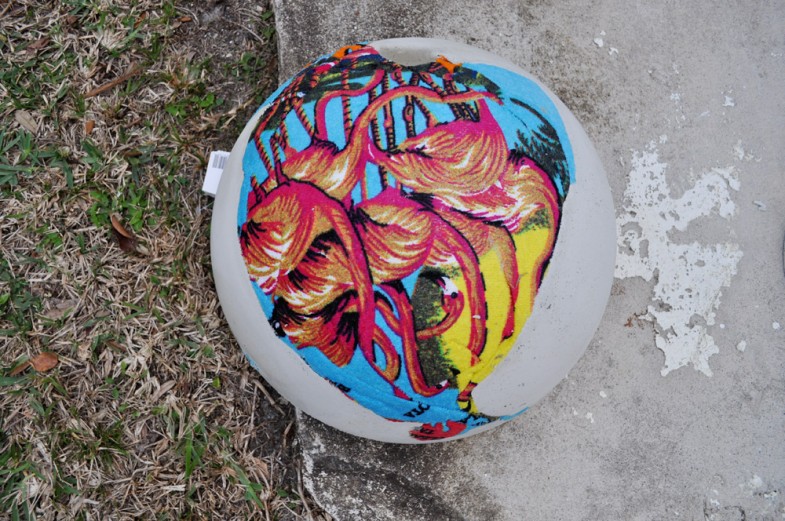 Global Positioning Systems is the second iteration of Pérez Art Museum Miami’s Overview Galleries, in which selections from PAMM’s permanent collection are displayed alongside loans from important private collections. Consisting of six interrelated parts (titledHistory Painting, Visual Memory, The Uses of History, Urban Imaginaries, The Contested Present, and Forms of Commemoration), this thematic group presentation explores the intersection between globalization and history. Since the late 1980s, the political and economic forces unleashed at the close of the Cold War have combined with dramatic advances in transportation and digital communications to create an unprecedented degree of interdependency among the nations of the world. As the networks of individuals, institutions, and markets that constitute the international system of art-making and distribution have expanded to include voices from disparate regions and contexts, the field has become a mirror for the cultural effects of this heightened state of global integration. One of the most important of these cultural effects has been the destabilization of any singular understandings of time and world history. The idea that the past may bear different meanings depending on one’s geographic and cultural standpoint has never seemed more incontrovertible. Global Positioning Systems explores this issue by bringing together the productions of an international and intergenerational array of artists who engage diverse histories while raising questions about how the past is recorded and remembered.

Global Positioning Systems bears specific resonances with Miami. As a result of its proximity to Latin America and the Caribbean, Miami’s trajectory has been inextricably tied to historical developments unfolding in the countries that constitute these regions. Moreover, in recent years, Miami has been locked in a cycle of striking growth, which has come hand in hand with rapid transformations of its urban landscape and social makeup. It is a city poised at multiple geographic and temporal thresholds, a condition from which it draws much of its dynamism and potential.

Artists have frequently used imaginary representations of cities to critique aspects of society and to propose alternative ways of living. The literary and artistic genre of science fiction abounds with utopian and dystopian visualizations of urban landscapes in which the problems of contemporary life are either resolved or magnified. Some of the artists included in this gallery envision futuristic urban settings in order to articulate anxieties about present-day society in light of technological change, environmental degradation, or political turmoil. Other artists take a different approach to the theme of imagined cities, addressing the impulse to generate urban identities conducive to commercial interests such as tourism and development. Still others give physical form to features of the city that are normally invisible or easy to overlook.