The Bridge Downtown
Posted on October 10, 2010 by theartistofthemonthclub

Selected by Rene Morales, Associate Curator at the Miami Art Museum, October’s Artists of the Month are Gean Moreno and Ernesto Oroza. Here, we talk about their six-tabloid digital print edition.

Q: What is the stone structure at the center of the image?

A: The stone structure is an artificial grotto that we found in a landscape nursery. We are using it as a stand-in for what we are calling the pre-city. This pre-city is a kind of abstract plane made up of recurring shapes and materials and colors, filtered through sedimented accumulation of zoning and building codes, that determine what the city will look like. We think it’s there in the repeating vegetation and garden ornaments in plant nurseries, in the prefabricated trusses in the roofing company, in the standard metrics according to which everything is cut in the building materials depot. It’s as if all the different shapes that will make up the city find in these objects their elementary particles. All that we need is to put the individual parts together and we end up with a city like Miami. 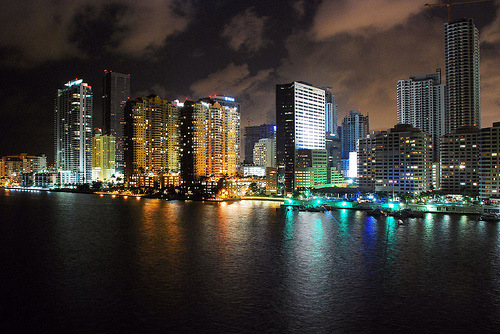 Q: The pre-city comes to exist through a filter of regulation, but what about demand and necessity?  Could that be as essential as regulation to the accumulation of a city?

A: The city, as a generic structure, happens at the interface between different forces. One of these is represented by regulation, legal precedent, climatological and other adaptations, and the habits of the citizenry. Another force is embodied in the myriad forms and metrics of what we call the pre-city. And yet another is taste/demand. We think of taste not in relation to some endowment to recognize or enjoy the “good things” in life, but as the manifestation of the systematic demands of a particular social group. These different forces are often interdependent, but it is at the points where they meet head-on that the city’s morphologies emerges. 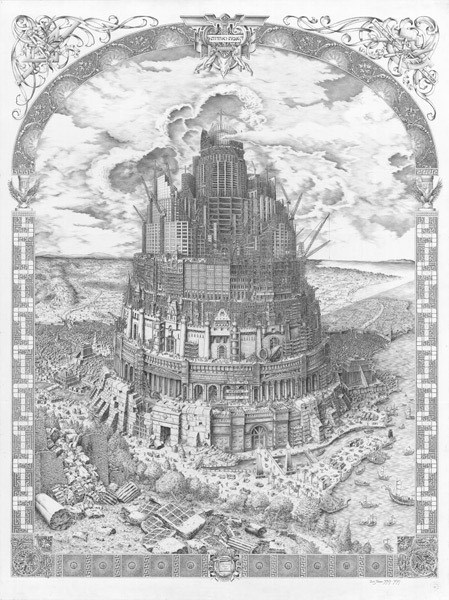 Q: How does it relate to the format of 6 Tabloids?

A: If the pre-city opens a parenthesis, there is a post-city that closes it. Between them, however, there is only an absence where the traditional city once unfolded. We think of places like the salvage yard and the souvenir shop as part of this post-city. It’s not so much where waste goes as were things are deposited which index a change of fashion or building codes, an error in production, or an over-distillation of meaning. These places are almost like large sedimented scabs.

Q: Okay, so you are saying that the junk – souvenirs and waste are junk, just in different ways – becomes an index of expired tastes and needs?  That what we either discard as trash or commemorate as kitsch (like snowglobes and miniature Eiffel Towers) could tell an outsider about a city’s consumption patterns?  Or do you mean something different than that?

A: Well, within the examples we gave there are certain differences. Although we consider both part of what we are calling a post-city, the salvage yard and the souvenir shop behave in different ways. An important distinction we want to make is between the landfill and the salvage yard–or amorphous junk and the kind of diagrammatic reading that the salvage yard affords us. In the salvage yard one can discern a number of legal, technological, and social changes. A proliferation of doors, for instance, may index a change in building codes. There is also in the way that the salvage yard functions as a commercial entity this process of evacuating cultural value from artifacts, so that they again return to a condition of raw material. One can image the endless rows of pink and pastel blue toilets in the salvage yard morphing into the terrassae that fills in the mosaics in the children’s museum. Garbage, on the other hand, seems to take on its own hard symbolic qualities. 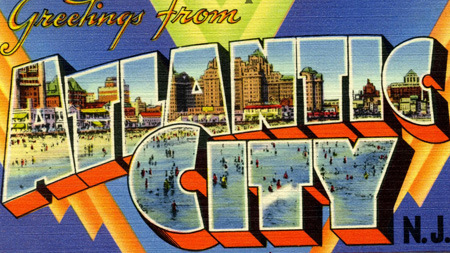 The souvenir shop is different. On the one hand, it participates in the post-city as a kind of trader in dead meanings. It portrays, on the surface, the city not as a lively generative matrix of forces, but as a symbolic construct. It employs widely-shared conventions. Yet, on the other hand, the souvenir, as part of a massive productive system, in the challenges it puts to our safeguarding of stable identity, seems more up-to-date than most objects. It understands generic production. It treats identity as something that is “stamped” on a set of generic artifacts. It invites us to consider a new notion of city-identity, one that is perhaps is more attuned to our global trading networks, our massive communicative infrastructures, and the proliferation of generic production. While it houses obsolete symbols, it seems ahead of most things in its understanding of contemporary production. In this way, it closes the loop: it is both part of the post-city in its tired semiotic inventory, and it is part or emblematic of the pre-city in the understanding of morphologies and processes of the generic.

Q: That’s a fascinating concept, that the souvenir can be a lingering signifier of a city, while it also can be a building block for the inchoate pre-city.  Today’s gift shop is tomorrow’s salvage yard. Given your interest in trading, communication, and production at the global level, why do you take on the “the City” as your subject?

A: But there is no difference between the city and the global networks of trading, communication and production. Or another way to say this: cities are just points of compression in these networks.